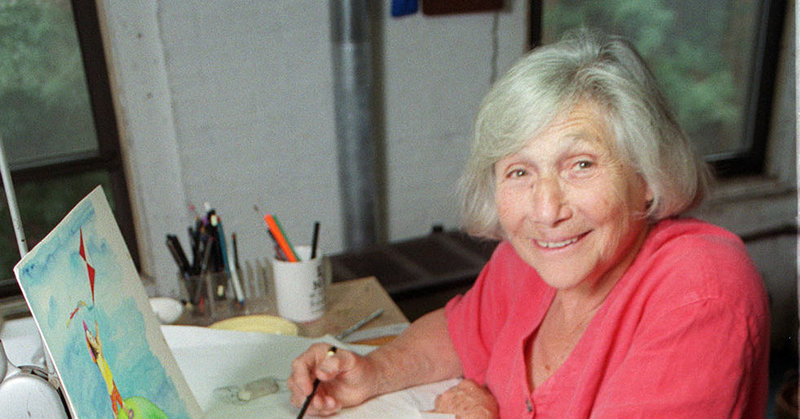 A Chair for My Mother (watercolor)
Vera B. Williams, Illustrator, author
Greenwillow Books, 1982

Vera B. Williams was born in Hollywood, California but grew up in New York City. As a child, she was encouraged to draw pictures, tell stories, act, and dance. Williams studied art at the Music and Art High School in New York City, received her BFA in Graphic Arts from Black Mountain College, and went on to study at the Boston Museum School. Williams has received numerous awards, including two Caldecott Honors. A social activist, Williams has illustrated works of Grace Paley as well as written and illustrated children's books. Her Scooter was one of the few books of fiction set in a housing project. Williams' novel in verse, Amber Was Brave and Essie was Smart depicted sisters who lived in a latch-key home, whose father was incarcerted and whose economic situation was precarious.

She is best known for her Rosa Trilogy. The first was A Chair for My Mother, a story about a young Hispanic girl named Rosa who lives with her mother and her grandmother. Throughout the story they save their money to buy a comfortable armchair for Rosa’s overworked mother. A Chair for My Mother was placed on the School Library Journal Best Children’s Book List and received a Caldecott Honor, Boston Globe-Horn Book Award, and the Other Award from the Children’s Book Bulletin.