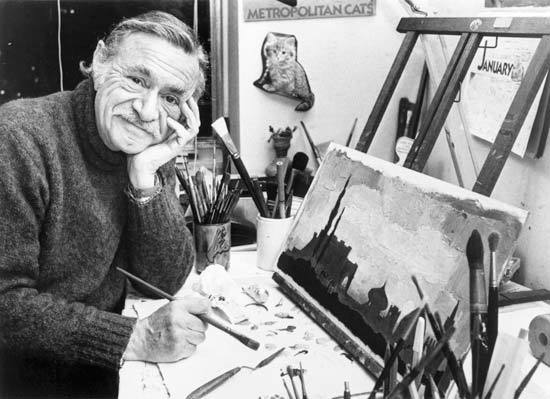 Ezra Jack Keats grew up in Brooklyn. He began drawing when he was 4 years old. Keats was a muralist and designer of book jackets before he became an illustrator of children's books. He was searching, experimenting, and trying to find a style of his own. The technique of using collage came to him in 1962 when he drew Peter in the modern classic The Snowy Day.

"With The Snowy Day I started all over again. My use of collage developed naturally. I used a bit of paper here and there and immediately saw new colors, patterns, and relationships forming. When I finished the book, I myself was startled!" The Snowy Day won the 1963 Caldecott Medal and has since been a phenomenon in children's book illustration, leading the way in portraying black children in natural settings.