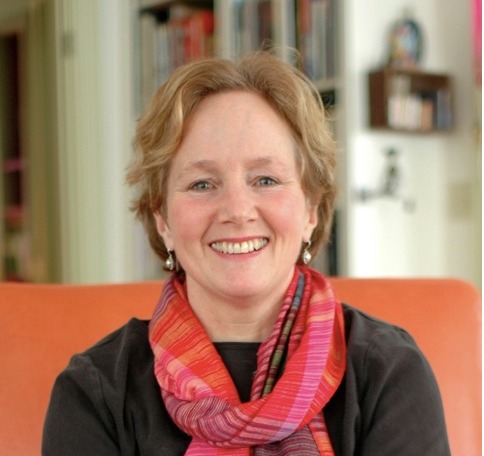 Melissa Sweet was born in Ridgewood, New Jersey. In her teens, she attended art school, focusing on pottery, but when she became acquainted with Maurice Sendak's drawings in Little Bear, she realized she wanted to illustrate children's books. She studied at Endicott College and Kansas City Art Institute. Sweet has used mixed media, including sketchbooks, ink, watercolor, acrylic, photography, cartoons, newspaper articles, and multiple typefaces. She researched her informational books by traveling and noting the details of everyday life. Sweet has illustrated more than eighty children's books and was awarded the Caldecott Honor for The Right Word and A River of Words: The Story of William Carlos Williams, both written by Jen Bryant. In 2011, she received Publishers Weekly Best Nonfiction Picture Book award for Balloons Over Broadway: The True Story of the Puppeteer of Macy's Parade, 2012, which also the winner of the Sibert Medal.