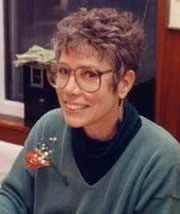 Trina Schart Hyman's love of drawing was developed early in her childhood. She studied at the Philadelphia Museum College of Art from 1956 to 1959. In 1959, she married and moved to Boston where she studied at the Boston Museum School of Fine Arts for one year.

She was the first art director at Cricket magazine and the artist credited with creating the iconic "Miss Ladybug" shown in many of Cricket's stories. Hyman was both an author and illustrator, illustrating for other authors and her own books. She began working in children's book illustration in 1960.

Trina Schart Hyman illustrated over 150 children's books in her life. She said she used her daughter as the model for the heroine for many of her books. Reviewers have noted her inclusion of many races and cultures in her picture books during a time this was not at all common.