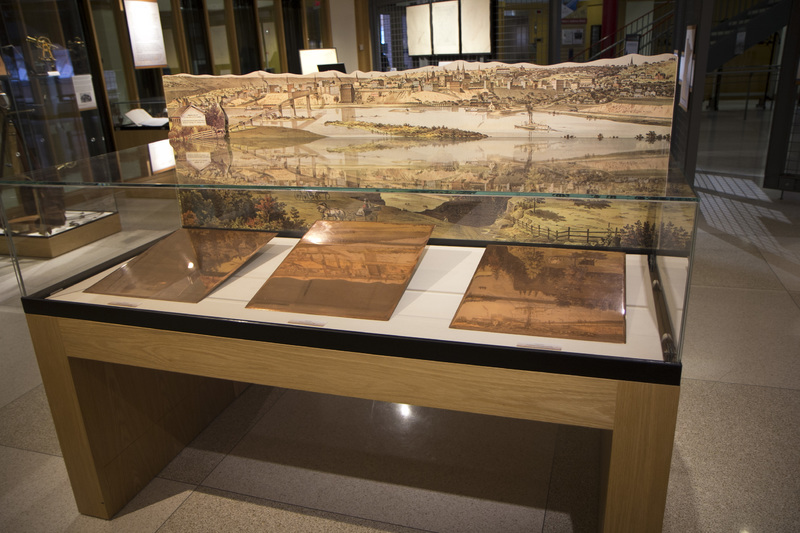 Three of the copper plates featured in the exhibit.

The systematic topographic mapping of the United States commenced after John Wesley Powell, Director of the United States Geological Survey (USGS), convinced Congress to begin to fund the effort in the 1880s. By 1954, the USGS had mapped nearly 1 million square miles (approximately 33%) of the land in the continental United States.

Maps printed using copper plates were made in the period between the 1890s and the 1950s and were produced by the Map Division of the USGS. In addition to elevation and water features, the maps generally indicated cultural features such as roads, streets, cities, towns, buildings, cemeteries, and mines.

Three copper plates were needed to produce each printed map. Each plate was used to print a single color—black ink to indicate human or cultural landscape features and text, brown ink for topographic contour lines indicating elevation, and blue ink for water and wetland features.

In 2014, the USGS offered more than 1,200 sets of copper plates as donations to federal, state, and local government agencies and departments, as well as qualifying non-profit organizations and educational institutions. The John R. Borchert Map Library received 12 sets, including some of the sets you see here.