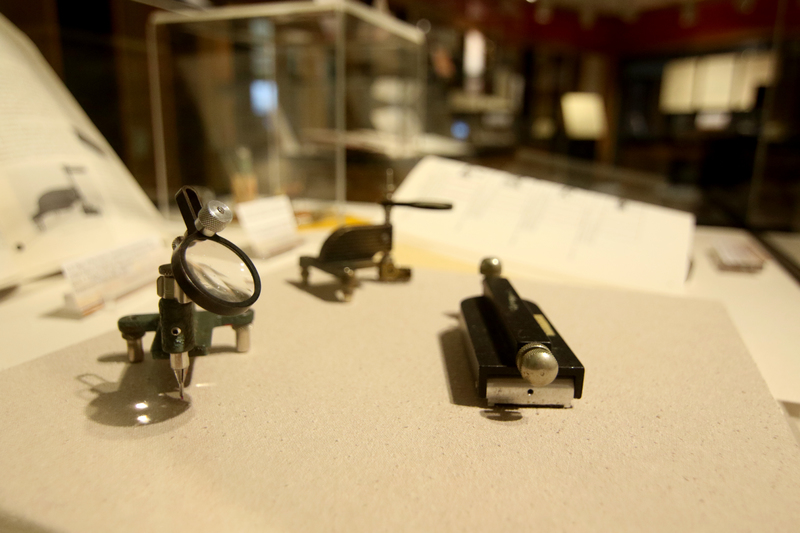 From a poster by Keith Brady & David Perdue (USGS):

Copper plate engraving was used to produce the linework and lettering for practically all USGS topographic maps from 1885 until 1942.

For each map, an original drawing was photographed. From the photographic glass negative, a contact print with a mirror image of the map was made on a zinc plate. From the zinc plate, wax impressions were obtained on celluloid, then burnished onto three copper plates.

During the 1940s and 1950s, copper plate engraving gradually was phased out in favor of positive drafting, negative scribing, and photographic methods.