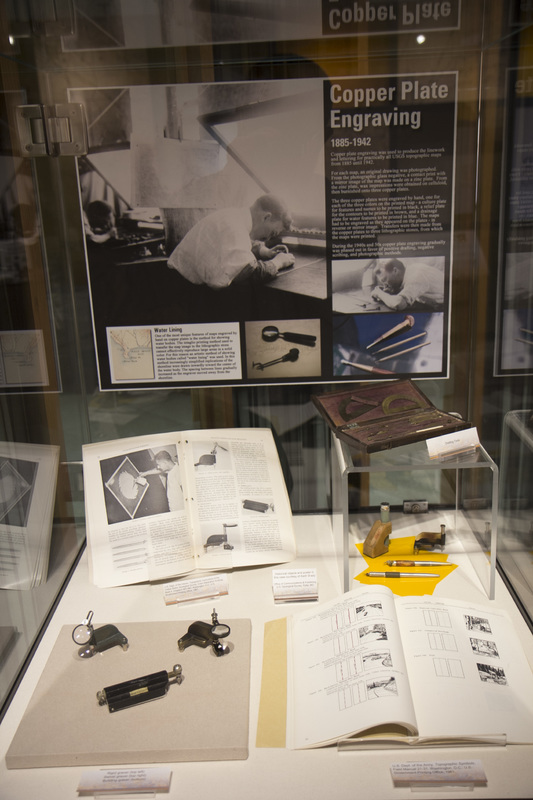 The mapmaking process for the maps printed from the copper plates was somewhat complicated. Drawings of field data from surveyors and topographers were prepared by drafting technicians. The drawings were then transferred to the copper plates.

One early method was to coat the copper plate with a thin layer of wax and then use carbon paper to transfer the image. A later method involved photographing the original drawing, using the glass negative to make a contact print on a zinc plate, transferring the image from the zinc plate to a celluloid sheet with graphite ink, and finally burnishing the image onto the wax layer on the copper plate.

Whichever method was utilized, each copper plate was then hand etched by a map engraver in the Map Division of the United States Geological Survey (USGS). A paper transfer method was then used to reproduce the image from the copper plate onto a lithographic stone for mass production printing. This was necessary as the copper plate engraving would have degraded given the very large volume of maps printed by the USGS. Between the 1880s and the 1950s, more than 25,000,000 sheets were printed.