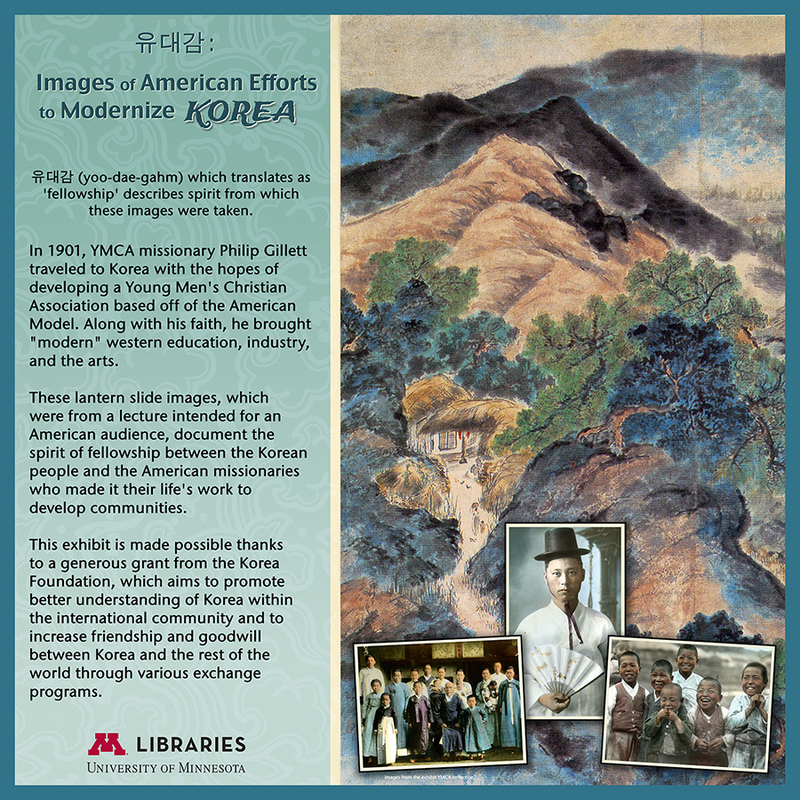 This free exhibit features lantern slides from the early 20th century, which documented interactions between the Korean people and the American missionaries who made it their life’s work to develop communities.

The exhibit is sponsored by the University of Minnesota Libraries and the Korea Foundation in collaboration with Hennepin County Library - Minneapolis Central Library. The exhibit was open July 1 - August 15, 2016. An opening reception was held on July 7, 2016.