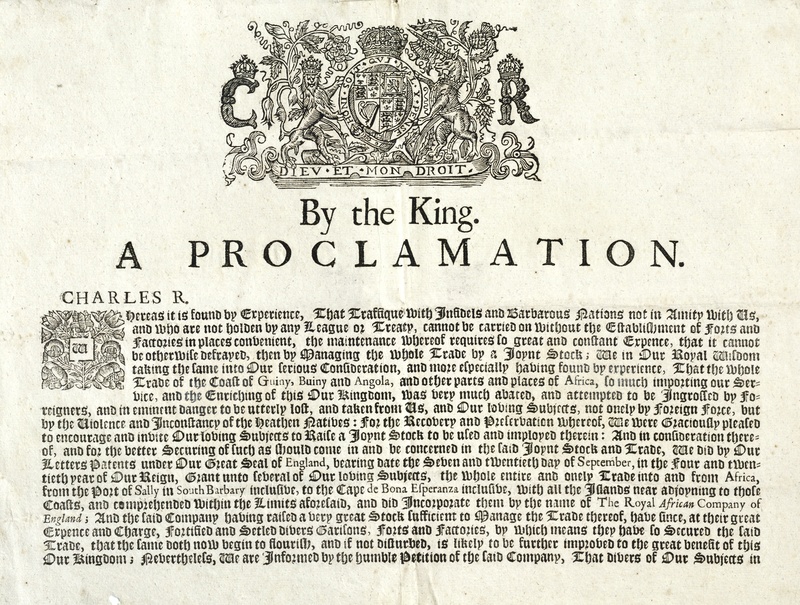 Set up by Charles II just after the restoration of 1660, the Royal African Company eventually became one of the most dominant joint-stock companies of the English empire in the 17th century. Beginning with a charter issued by the king, the early Company of Royal Adventurers faced economic struggles in addition to animosity from the West Indian colonies over issues of product quantities, especially in regard to the slave trade. However, a new charter, detailing its rights and responsibilities concerning the slave traded created a change in fortune.  The Company of Royal Adventurers became the Royal African Company, and gained monopoly rights in 1672 for all of England's trade with Africa. 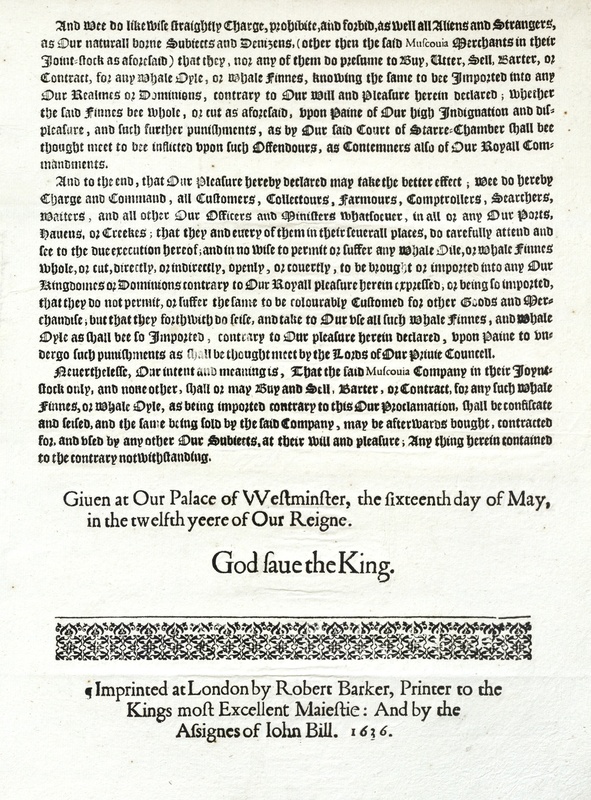 The company’s trading efforts were two-fold. Half of its trade relied upon purchasing African goods for sale in England, such as gold, ivory, hides, wax, and dyewood. However, the other part of its trade was focused on the development of the slave trade, bringing people out of Africa to be sold slaves in the West Indies. To bolster profits, the Royal African Company also carried out goods from England, usually re-exports from other nations, to be sold elsewhere.

A Proclamation Regarding the Royal African Company’s Monopoly

Passed in 1674 under Charles II, this proclamation describes a brief history of the conflicts between England and the nations of Africa, as well as the history of and reasons behind the creation of the Royal African Company. The proclamation was written in response to reports of Englishmen encroaching on the Company’s monopoly, and reaffirms the rights and domains that had been granted exclusively to the Company.