What is a Portolan Chart?

Where does that strange name come from? The word "portolan" derives from the Italian word "portolano," a collection of written sailing directions.  These texts list places, with distances and directions to reach them. For example, the James Ford Bell Library has a fourteenth-century Italian Portolano del Adriatico e Mediterra, which gives sailing directions from Constantinople to Lisbon, from the Adriatic Sea through the Mediterranean. The library also has the first printed book on navigation, titled Portolano per tutti I navichanti. This book was printed in Venice by one Bernardino Rizus on 6 November 1490. The colophon of the book states that it was "[c]omposed by a Venetian gentleman for the use of all navigators who wish to travel safely." No maps or illustrations appear in either the manuscript or the printed book. One advantage of texts is the detailed information that can be given about dangers to sailing, about ports and safe anchorages, about conditions found on shore and at sea, that often can be difficult to accurately depict on maps.

The "chart" element of "portolan chart" makes it clear that what is being referred to is a map complete in itself, not a map illuminating a text. The word "chart" derives from the Latin "charta," a word originally used for papyrus and paper--a material to be written upon. Features that usually appear on portolan charts include: a network of lines made within a circle (see image 1), coastlines of lands, place-names (image 2), scales of distance (image 3), a compass showing cardinal directions (image 4), and indications of shoals, reefs, and islands along coastlines (image 5).

Portolan charts were made to get seafarers from home to another place and back again safely. On portolan charts prior to 1500, distance, direction, and coastal features were provided for navigators, with information to enable them to calculate and measure the progress and direction of their vessels during a voyage; mariners still had to rely on experience and common sense, however. Modern sea charts have many of the characteristics that the early portolan charts have–scale, compass, details of coastlines and harbors and little detail in the interior.

When all is said and done, defining a portolan or sea-chart is difficult. Even the suggestion that these charts were made for use at sea has its weaknesses, since some of the charts were clearly made for the use of viewers who never left land. Peter Whitfield concluded that "Perhaps all we can say to define the sea-chart is the most obvious fact that the chart is centred on the sea, and the land is on the margins, rather than vice versa" (Whitfield 1996, pp. 19-20). It should be noted that Whitfield, in his The Charting of the Oceans: Ten Centuries of Maritime Maps, is discussing sea-charts from very early times to the present, not just early portolan charts. One important fact about portolan charts should be stressed: they appeared at the same time that Europeans began using the magnetic compass.  In a recent scholarly paper, presented to the Society for the History of Discoveries (July 2015), Gregory C. McIntosh suggested that portolan charts were related to the necessity of "solving the triangle," the Pythagorean theorum that led navigators to use triangulation to chart their course at sea. 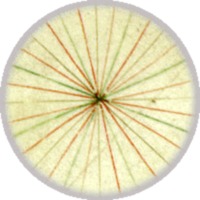 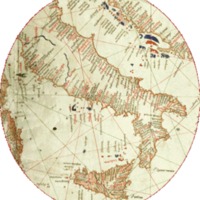 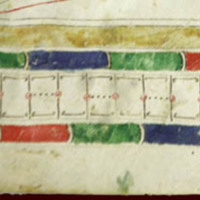 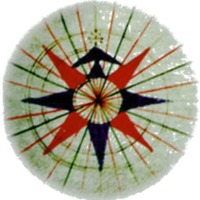 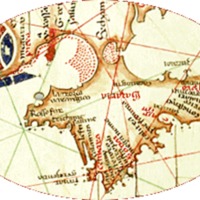