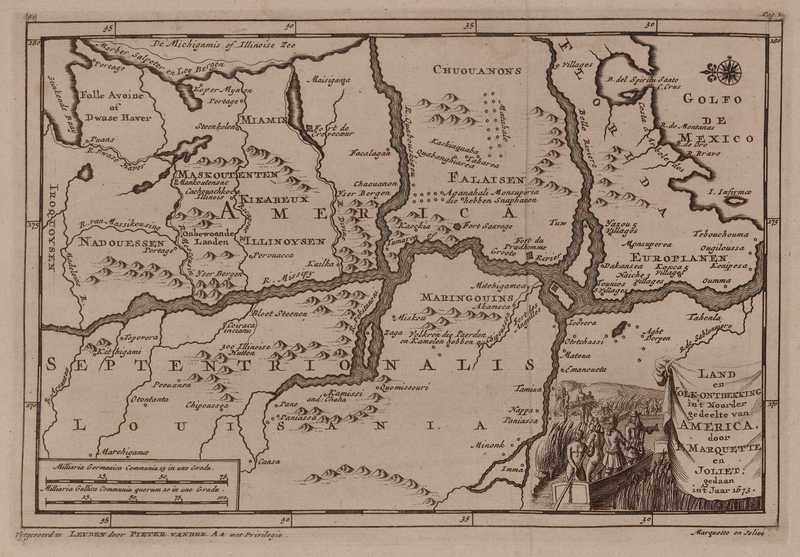 Map of the Mississippi River and its tributaries, illustrating the expeditions of Marquette and Joliet in 1673 (East at the top).In Marquette, Ontdekking van eenige landen en volkeren... (Leyden, 1706). Bell 1706 fMar

Documenting the early explorations of the Mississippi River, historic maps and drawings capture the strategic and symbolic importance of the River, which served as a central artery for transport, trade and territorial expansion on the North American frontier during the era of European colonization, American Independence, and early nationhood.

This exhibit shows the Mississippi River depicted through the maps and illustrations created by the Native Americans and Europeans who relied upon the river between the period of first contact and the middle of the 19th century.

All images are part of the James Ford Bell Library collection at the University of Minnesota.

The Native Americans →
The River