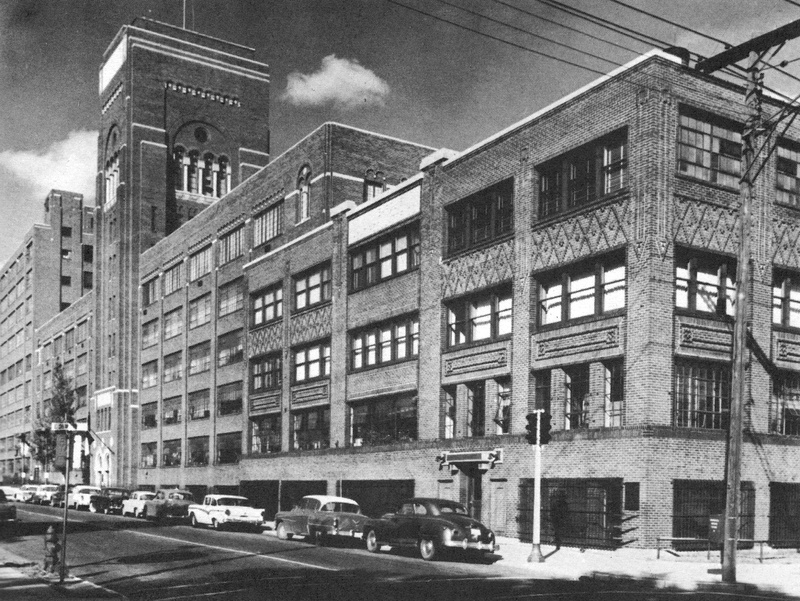 Figure 5.3. Honeywell building, Twenty-seventh Street and Fourth Avenue South, Minneapolis, circa 1955. In 1942, Honeywell expanded its nort addition to the main plant (here at far left) to ten stories. This complex can be seen today next to the Wells Fargo Home Mortage building.

The Minneapolis-Honeywell Regulator Company was formed in 1927, and was heir to a large-scale industrial heating company (brainchild of Mark Honeywell) and the Minneapolis Heat Regulator Company, founded in 1912 by William Sweatt after he had acquired the patents of Swiss inventor Albert Butz (creator of early feedback control devices such as the Hand Grenade Fire Extinguisher and a damper flapper that regulated airflow to the furnace of a home). Honeywell was born a digital company, up until the late 1930s all of their products were essentially digital switches that sent binary 'on' or 'off' messages to the motors, blowers,and heaters that they controlled. In 1939, the engineers began working on varied feedback control, mainly working to regulate the wildly swinging temperatures in aircraft that may be in 90 degress on the ground and negative 30 in the air. The Army Air Force were impressed less with the temperature control abilities of this system, and more with its ability to finely control any servomechanism, ultimately employing the Honeywell feedback-control sstem to stabilize supersensitve cameras on the outside of aircraft, used for taking precision photos of the terrain. Soon they were controlling mcuh more on aircraft using the same system. 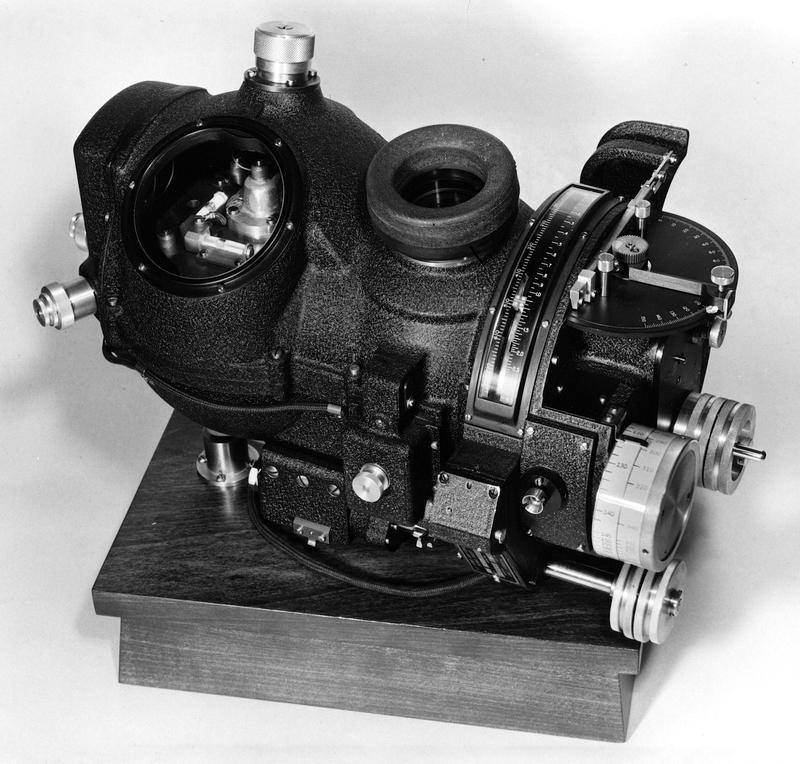 During World War II, Honeywell mass-manufactured tank periscopes, gunner's quadrants, mortars, and other artillery, while engineers continued to expand the uses of variable feedback-control, including the development and deployment of the C-1 automatic pilot. The same basic Honeywell system was used to keep an entire plane level for the top-secret Norden bombsight, an analog computer designed to predict the exact moment when a bombadier should relase their load of bombs onto the target below. This is no easy task even when the plane is flying at a constant speed and remaining perfectly level, but most pilots cannot achieve such a feat, and this was where Honeywell came in. By the end of the war, they had built 35,000 stabilizing autopilots with built-in bombsights. The autopilot was so successful that similar systems were adopted for a variety of aircraft deployed in the war. 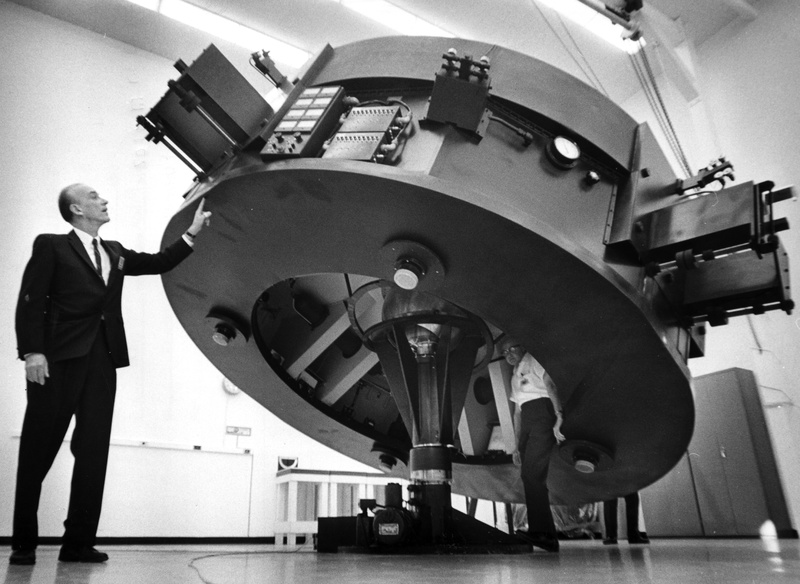 Throughout the Cold War years, Honeywell contributed technology to about 90% of all orbiting space vehicles. Civilian aircraft such as the Boeing 707s that were starting to make trans-atlantic flights in the 1960s also utilized Honeywell technologies. The 60s also saw the creation of an Electronic Processing Division at Honeywell, which led to the Honeywell 200 'Liberator', the marketing of which aggressively targeted IBM. In 1966, Honeywell purchased the Computer Control Company, a spinoff of Raytheon, that had begun by manufacturing components and in 1963 released its minicomputer, the DDP-116. After being purchased by Honeywell, it produced the H316, a re-engineered successor to the DDP-116, and the Honeywell DDP-516, which was used to form the hardware nodes of ARPANET. 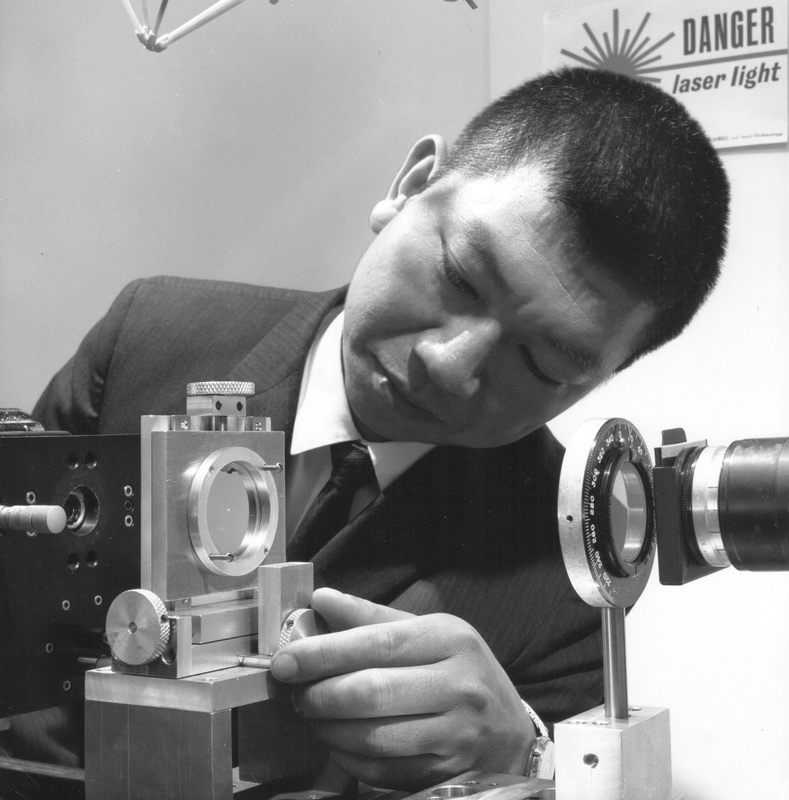 Figure 5.13. Honeywell's civilian-sector "literate laser" for data storage, 1967. Honeywell worked on military lasers for years, then sought publicity for its Minneapolis-based research in 1967, even before the Honeywell Project sought to convert the company to civilian markets. The "literate laser" was an early form of CDs and DVDs.

"For years, Honeywell was Minnesota's largest private-sector employer..." and alone, accounted for 14,000 workers with annual payroll of $70 million. Along with General Electric and RCA, Honeywell enjoyed a dominant position in radio, television, and industrial electronics. It seemed that Honeywell would have the best chance of overtaking IBM as the leaders of the emerging computer industry, and by 1970 it had taken over G.E.'s entire computing department (they had been entangled for many years, and thirty years later GE tried to purchase the entirety of Honeywell, only to be blocked by European antitrust regulators). Honeywell was a big name in the military-industrial complex, to such an extent that antiwar protestors organized the Honeywell Project (1968-90), which has been deemed one of Minnesota's 150 most notable people, places, and things by the Minnesota Historical Society. This led to the spinning off of the military division as a separate entity, Alliant Techsystems Inc.The signature "round" thermostat developed by Honeywell makes the Historical Society's list as well. 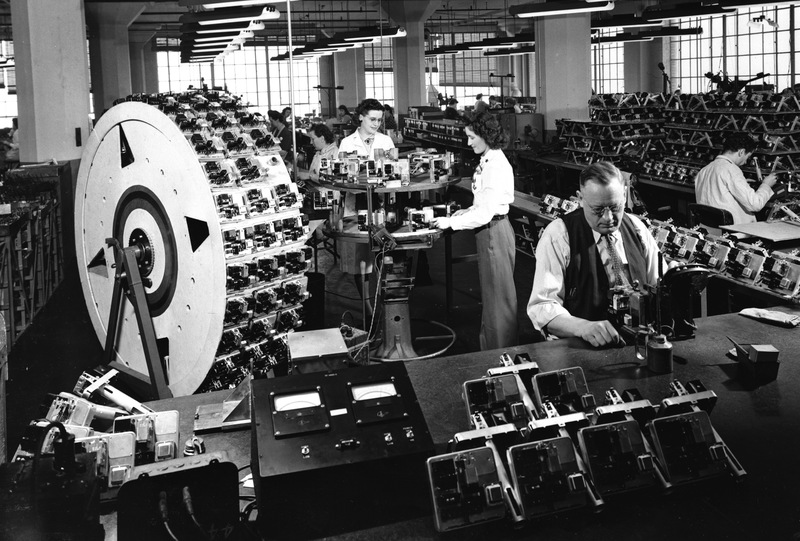 Honeywell made a number of significant contributions to the evolution of computing, including the success of the GE-MIT Multics time-sharing system (which is now appreciated to be an inherently secure computer system), and its minicomputers which formed the backbone of ARPANET. However, it is more likely that Honeywell will be remembered not for these contributions to the field of computing, but for its legal strategizing in the landmark federal lawsuit against Sperry Rand. The suit challenged the ENIAC patent that Sperry Rand had inherited, allowing them to claim ownership over the concept of computers (you'll notice that all the machines mentioned this far have carefully avoided using the word computer in their names). Sperry Rand enforced its patent rights by charging every single other computer company large royalty fines that amounted to millions of dollars. 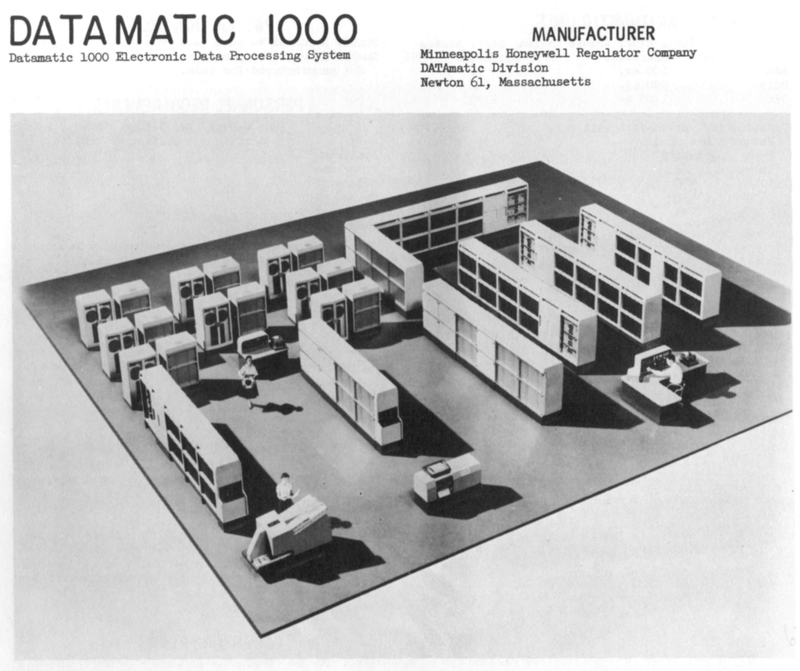 Figure 5.7. A joint venture between Honeywell and Raytheon resulted in the sprawling Datamatic 1000, circa 1960. The thirty-five-ton machine (with 3,600 vacuum tubes, 500 transistors, and 60,000 crystal diodes) was installed at the Baltimore & Ohio Railroad, the First National Bank of Boston, the Michigan Hospital Service, the U.S. Treasury Department, and Honeywell's Minneapolis Headquarters.

The two companies separately filed against each other on the same day, just minutes apart. Sperry Rand filed a standard patent infringement lawsuit in D.C., minutes after Honeywell had filed a lawsuit in Minnesota charging Sperry Rand with violating the Sherman Antitrust Act as well as seeking to invalidate the entire ENIAC patent, thus disrupting Sperry Rand's lucrative royalty collecting campaign. A year after the remarkable joint filings, Judge John Sirica ruled that the two cases be combined and heard in Minnesota.

"From a historian's vantage, what is most important and enduring about the legal enterprise over the next six years took place during the discovery phase as well as in the valuable "exhibits," officially added to the court record during the trial phase." 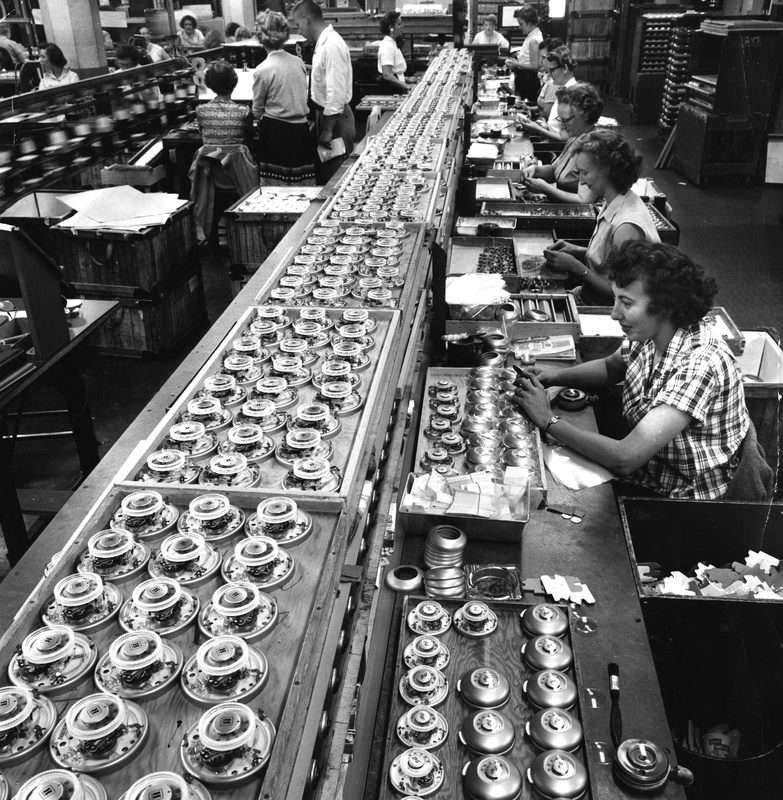 Honeywell submitted 27,259 exhibits, and Sperry Rand added 7,167 more. These exhibits preserved rare and previously unavailable public documentation on the early years of computing, compiled into a master record that consists of 211 rolls of microfilm. Perhaps even more valuable to historians is the set of detailed on-the-record depositions taken from 80 well-known figures in the history of computing; including key figures of the ENIAC team such as Herman Goldstine, Frances Holberton, John Holberton, Ruth Teitelbaum, Jean Bartik, and John Mauchly himself; and many other leading figures such as Joseph Desch, Jan Rajchman, Warren Weaver, Vladimir Zworkykin, and John Atanasoff. 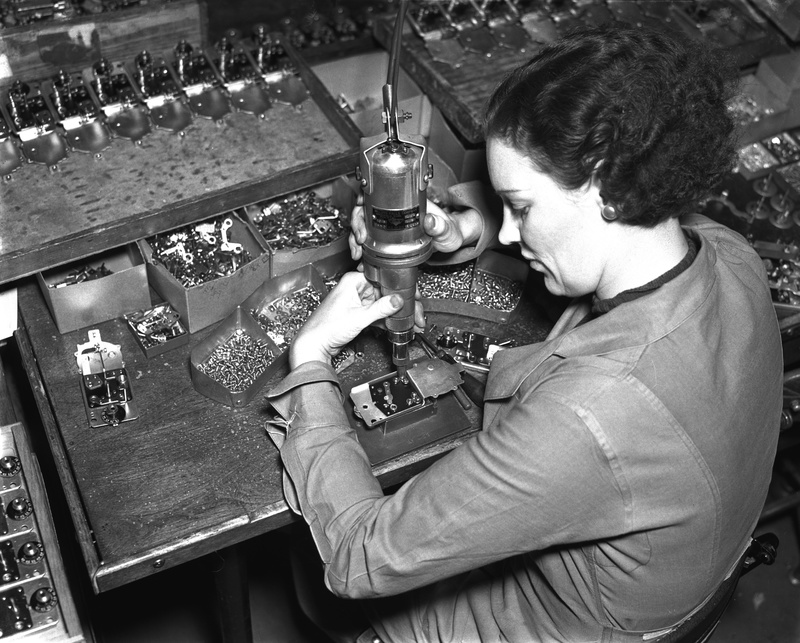 The final decision was handed down by Judge Earl Larson, in a 248-page document, on October 19, 1973. He ruled that Eckert and Mauchly were the sole inventors of ENIAC (thus angering the rest of the team that had worked on it), but he also determined that the ENIAC patent was outright invalid, principally due to Eckert and Mauchly's late filing, also pointing out that the patent was unenforceable on a number of counts including that many of its claims had been anticipated by prior patents and irregularites in the late modifications made by Sperry Rand patent lawyers. It may never be possible to determine what the first computer was or who should recieve credit, but this suit provided invaluable documentation of the early years of computer development and made them public record.