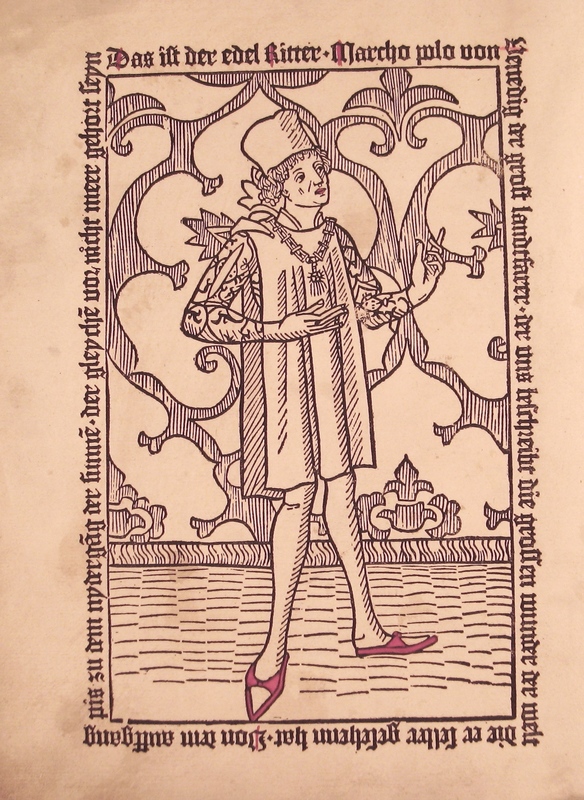 "But lest the inexperienced Reader should regard as beyond belief the many strange and unheard of things that are related in sundry passages of this Book, let all know MESSER MARCO POLO, the narrator of these marvels, to be a most respectable, veracious, and devout person, of most honourable character, and receiving such good testimony from all his acquaintance, that his many virtues claim entire belief for that which he relates.”

After circulating in manuscript for nearly two centuries, Marco Polo’s narrative was first published in a German edition in 1477, the first Latin edition was published in 1483-85.  It was soon translated into Italian, Portuguese, Spanish, French, and English.  Because so many manuscript copies circulated for so many years, editions in various languages sometimes have substantial differences in their printed versions.

Columbus’ copy of the first Latin edition, which is now held at the Biblioteca Colombina in Seville, includes his notes in the margins.

The Bell Library has in its collection eight of the earliest printed editions of Marco Polo's travel narrative.  As his account circulated in manuscript form for nearly 200 years, each printed edition (German, Latin, French, etc.) varies somewhat in text.