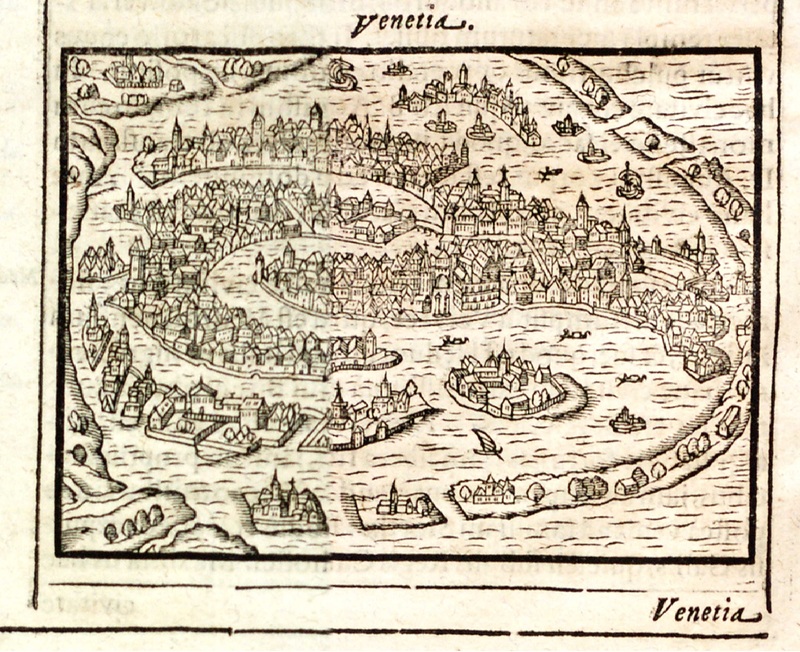 Before 1200, the mainland possessions of Venice, the Terraferma, extended as far west as Lake Garda.  These were acquired partly as a buffer against aggressive neighbors, partly to guarantee Alpine trade routes, and partly to ensure the supply of mainland wheat, on which the city depended.  Venice also acquired control of islands in the Aegean, including Cyprus and Crete.  The city had become one of the richest states in Europe by the end of the 14th century.

The Venetian Arsenal, a complex of state-owned shipyards and armories, was founded in 1104.  Doing a profitable business by leasing merchant galleys, the richest rents came from spice carriers.  The first Venetian ships sailed to Flanders as early as 1313 with the round-trip journey lasting from four to six months.  Cargoes included wine, paper, earthenware, glass, jewels, silks, Venetian manufactured goods, wax and leather from Romania, cotton from Egypt, hemp from Syria, and crates of elephant tusks for Flemish ivory artisans.  Exotic herbs and roots were carried to the West:  ginger from Malabar, cinnamon from Ceylon, pepper from Hindustan, cloves from Egypt, nutmeg from Malacca.  It was said of Venetian ships that they left such a profusion of pungent aromas in their wake at sea that they could be detected miles away given the right wind.  Spices were intended for cooking but also cosmetic and pharmaceutical purposes; saffron and camphor for example had a tranquilizing effect and supposedly cured women of ‘hysterics.’ 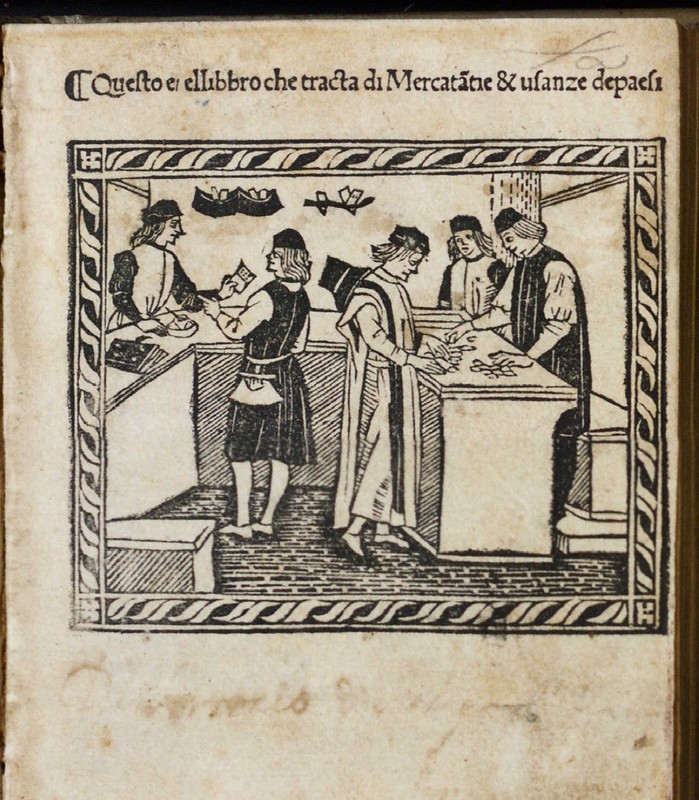 By 1450, over 3,000 Venetian merchant ships were in operation.  In the mid-15th century Venice was in control of Crete, Corfu, Kythera, and Negroponte.  Among the major exports of Crete was malmsey, a sweet Madeira wine that was very popular in northern Europe.

Production in the Arsenal reached its peak during the 1500s.  The shipbuilders established revolutionary techniques, sometimes referred to as the world’s first assembly line, that allowed them to manufacture an order of 100 galleys in as few as 50 days.

As early as the 12th century, a flourishing commercial district developed in the area that was to become known as the Rialto.  This financial nerve center of the Venetian Republic was almost totally destroyed by fire in 1514 and took nearly 20 years to rebuild.  At the foot of a wooden bridge, the first to be built across the Grand Canal, offices were well located to supervise the commercial traffic on the canal.  Near the public scales (which can still be seen today) were the Land Customs House, the Wine Toll House, and others.  Nearby were the jewelers’ shops, drapers’ stalls, magistrates’ offices, money changers, and furriers.  The old wooden bridge over the Grand Canal was rebuilt in stone in 1587.