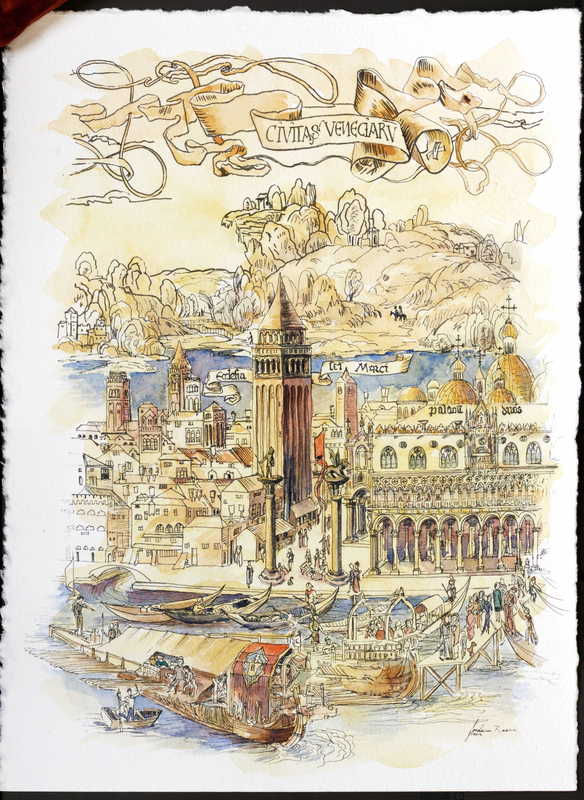 "They live like marsh birds, in nests of reeds raised on poles, to protect themselves against the waters...and the boats are tied to the walls like animals."

From its origins as a sanctuary for refugees fleeing waves of Germanic invasions and Huns, Venice developed into a city state, along with Genoa, Pisa and Amalfi.  Its location at the head of the Adriatic made it a flourishing trade center between Western Europe and the rest of the world.  Venice was culturally tied to western Europe, but economically linked with the Ottomans.  It was regarded as the cultural and commercial hinge between east and west.

In the fall of 2012, the Bell Library mounted a gallery exhibition with the same title. This online exhibit was drawn from the exhibit guide for the physical exhibition.

This exhibit presented by the James Ford Bell Library.